National Park of Abruzzo, Lazio and Molise (area of 50,000 ha) stretches along the Central Southern Apennine ridge, ranging from the lowest altitude of 300 m to 2,249 m at its highest peak, so it is a predominantly mountainous area being very rich in forests. Rivers in this park empty their waters into the Adriatic Sea and the Tyrrhenian Sea, involving several catchment basins. The main rivers are: Sangro River (with its tributaries Scerto and Fondillo), Giovenco River and Melfa River. There are also the artificial Lake of Barrea and Lake Vivo. Because of karst phenomena, waters often flow into underground riverbeds, then form resurgences downhill, sometimes even crossing the boundaries of the park. In past times this area was modelled by glaciations and karst phenomena. Today some evidence of that can be seen in cirques on the tops of valleys, as well as in boulder clays and roche moutonnées along the valleys, caves, clefts and dolines. The rocks are mostly calcareous. At Camosciara there is the dolomite, a kind of impermeable rock that enables water to flow on the surface causing scenic waterfalls and water holes. Morphology is very complex and elaborate, so in this mountainous landscape vast plateaux open out such as the stretch of Pescasseroli or picturesque karst tablelands such as ‘Forme’ in Pizzone and ‘Campitelli’ in the municipal district of Alfedena, that are cut through the steep cordillera of the Mainarde. Through screening on flora and fauna richness of this area, more than 2,000 plant species, 230 bird species, 66 mammalian species and over 500 invertebrate ones have been registered. Moreover, in the protected area both prior habitats and species under Habitat Directive can be found, and of all existing faunal species 97 are included in the Red List of Italy’s faunal species at risk of extinction. The wood covering is so extended that this park is called ‘park of forests’. The woody lands cover over 29,000 ha, thus representing 60% of the whole area of National Park of Abruzzo, Lazio and Molise. Forest trees are predominant. In areas where coppices still exist they are naturally converting into forest trees.
Beechwoods are the most typical forest type of the park, covering 24,450 ha, that is equivalent to over 84% of the whole forest area. They are mesophilous woods dominated by the beech-tree, with other sporadic mesophilous broadleaves (sycamore, Norway maple, field maple, common ash, lime tree, hornbeam, cherry tree) that can form mixed communities next to gorges. 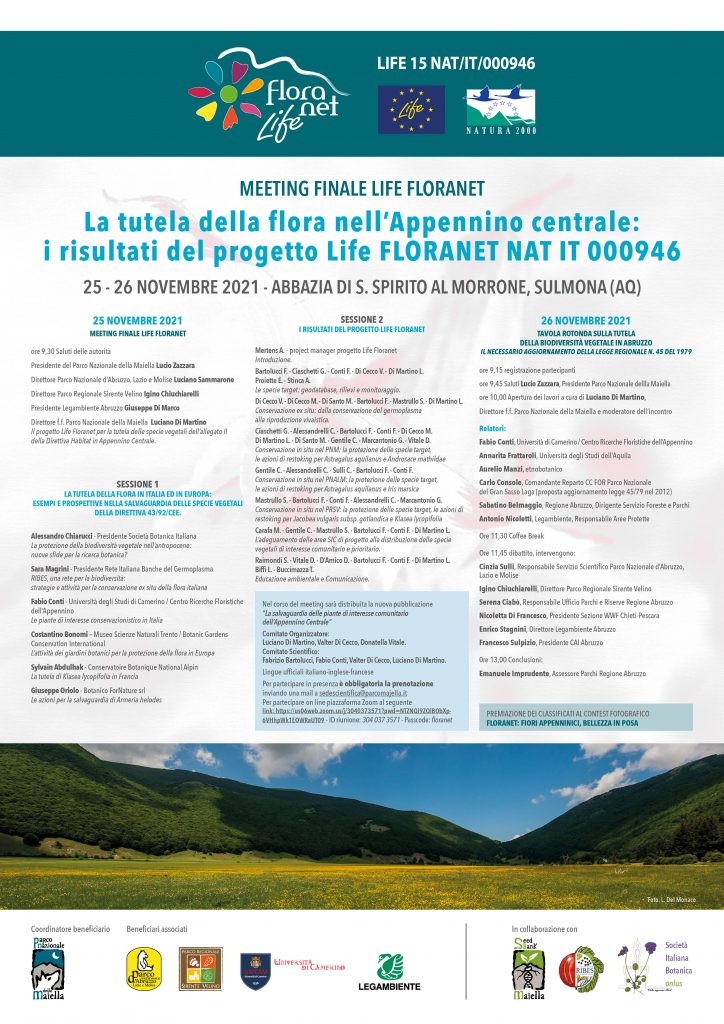